Egypt is a dynamic country that is one of the cradles of civilization and culture. Egypt is a transcontinental country that spans the northeast corner of Africa and southwest corner of Asia. With over 87 million people, Egypt is a populous country where most live by the famous river Nile, an area where most of the arable land is found. Egypt is a significant regional power with a large army and significant influence in the Middle East. The Muslim faith is the dominant religion in Egypt, but other faiths exist there as well. The country has experienced significant unrest, revolution and political changes since the Arab Spring in 2011. Expatriates should keep clear of any street protests and check news and internet for updates. The crime rates in Egypt are moderate, but expats should definitely take precautions when traveling in the major population centers such as Cairo. Petty crimes are quite common and kidnappings have increased. Terrorism continues to be a major concern for the government and expat population.

Generally speaking, the security situation in Egypt is unpredictable. Global Affairs Canada advises that there is a significant risk of terrorist attacks throughout the country. Expatriates should pay more attention to Ramadan and other religious holidays. Crime such as bag snatching and home invasion have become more common. Be aware of your surroundings. Kidnapping may also occur in Egypt.

In general, healthcare in Egypt is quite basic outside of Cairo, and some other major cities like Alexandria, or tourist destinations such as Sharm El Sheikh. When medical treatment is available, the costs can be quite high. It has been reported that medical facilities in major cities are adequate for non-emergent care. Emergency or intensive care treatment should be sought in Cairo or outside of Egypt if possible. State medical care would most likely not be up to an expatriate’s standard.

Expat Financial, a division of  TFG Global Insurance Solutions Ltd, can easily obtain coverage for expatriates in Egypt. We have the necessary knowledge to provide you with very complete insurance coverage that will protect your expat staff who are posted to Egypt and other African countries.

Contact Expat Financial today for a more in-depth examination of your insurance needs for Egypt and what plans we can offer you. We can even source international health cover for some local nationals in Egypt.

Here is a list of different types of insurance coverage you will want if you are planning to venture into Egypt: 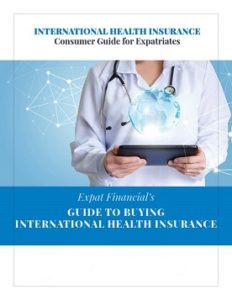