Jordan is located at the midpoint of Europe, Asia and Africa and is known as the Hashemite Kingdom of Jordan. It is bordered by Saudi Arabia to the east and south, Iraq to the north-east and Israel and Palestine to the west. Its capital city is Amman, which is home to approximately one-third of the total population. This city is full of culture, history and excellent food, hotels and tourist sites. With several million people, it is also the economic, political and cultural centre of Jordan.

The country is primarily ruled by Abdullah II of Jordan.

The official language of Jordan is Arabic. There are around 1.2 million illegal migrant workers in the kingdom along with several million refugees as a result of nearby conflicts, such as Iraq and Syrian conflicts. Expatriates communities are usually centred in the capital city with many international organizations. There are some good international schools that cater to expatriates in Jordan. 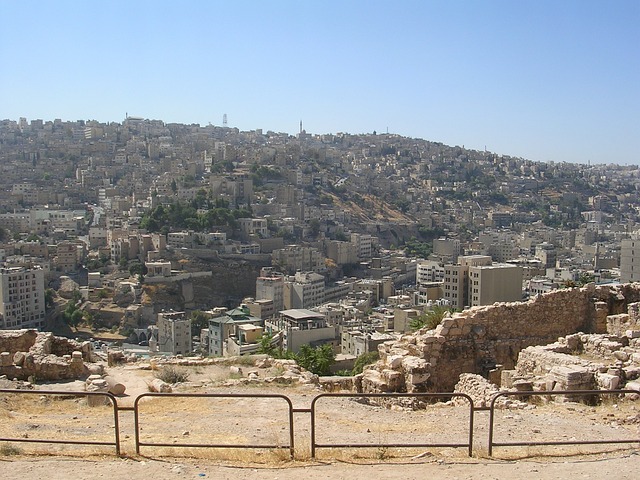 Although there is no nationwide alert for Jordan, according to Government of Canada Travel Advisory, expats and travellers should also exercise a high degree of caution. Terrorism is a constant threat in the region and American and Canadian expats could be targeted by a terrorist attack and be considered kidnapping targets. It is often recommended that expats should be aware of your surroundings at all times. The crime rate is low by regional standards, but petty crime occurs, especially in downtown Amman. Stay away from crowded areas after dark. Always keep your personal belongings secure at all times. The emergency line used in the country is 191.

Even though Jordan is considered a “moderately conservative” country, expats should take steps to not offend the local populous and respect the culture and rules.

Generally speaking, Jordan has an advanced healthcare system. Especially in Amman, the capital of Jordan. It was recently ranked by the World Bank to be the top in the region, as well as one of the top medical tourism destination in the Middle East area. Both public hospitals and private clinics are available in Jordan. The famous cancer treatment facility, the King Hussein Cancer Center is one of the top cancer treatment centers in the world with patients around the globe, including the westerners. Physicians and doctors are all proficient in English. Expats living in Jordan should obtain international health insurance for medical treatment both in Jordan and surrounding countries.

There are several hospitals in the country, including Amman Hospital, Jordan Hospital and Farah Hospital. You can obtain excellent medical care at most private hospitals and medical clinics. Pharmacies are also well stocked.

Expat Financial, a division of  TFG Global Insurance Solutions Ltd, can easily obtain coverage for expatriates in Jordan. We have the necessary knowledge to provide you with very complete insurance coverage that will protect your expat staff who are posted to Jordan and other Middle Eastern countries.

Contact Expat Financial today for a more in-depth examination of your insurance needs for Egypt and what plans we can offer you. We can even source international health cover for some local nationals in Jordan.

Here is a list of different types of insurance coverage you will want if you are planning to venture into Jordan:

If you do not want that we track your visit to our site you can disable tracking in your browser here:

The following cookies are also needed - You can choose if you want to allow them: