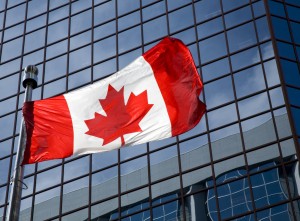 Canada is the second largest country in the world after Russia, but its population is quite small in relation to its size. Most Canadians live along the border with the United States, so most of the country is sparsely populated. Canada is a first world country with a highly developed and stable society and democracy. Canada is a very successful secular country with a heavy emphasis on multiculturalism, especially since the nation has relied heavily on immigration for its population growth. The two official languages are English and French. Quebec is primarily a French-speaking province that has flirted with separation in the past. There are nine other provinces and three territories.

Canada’s economy is highly developed and complex but mostly relies upon natural resources. Oil and gas along forestry and mining are responsible for most of the GDP of Canada. Toronto is Canada’s financial centre and largest city located in the province of Ontario. The overall crime rate in Canada is quite low and the nation has an excellent legal system and police force.

Many Americans are now thinking of moving to Canada because of the rise of Donald Trump. A victory by Trump in the U.S. election will make a lot of Americans think about escaping to the great white north.

Health care in Canada is primarily delivered by the provincial governments via a publicly funded arrangement whereby medical service costs are funded by taxes. The universal health system is guided by the provisions of the Canada Health Act of 1987 that assures the universality and quality of medical care through established federal standards. Most in-patient or hospital care is delivered through publicly owned hospitals that bill the province for medical services. The majority of outpatient care, such as seeing doctors, obtaining scans and medical tests, are provided by publicly funded private doctors and companies. Canadian pay little or no out of pocket costs for these public services except for some provinces where the population pays a nominal premium. Pre-existing medical conditions are covered and it usually takes three months to join the provincial medical plans if you are immigrating to Canada.

The hospitals, medical staff and overall medical system in Canada is the first rate and the country boasts some of the best hospitals and research facilities in the world. Canadians receive excellent emergency and non-emergency care, but waiting periods for non-emergent care, medical scans and procedures can be quite long. This has caused some Canadians to search out private out of pocket care at the limited number of private hospitals in the country.

Health Insurance for Expatriates in Canada

In Canada, many companies and individuals purchase extended health plans that provide medical insurance for reimbursing services and costs that are not covered by the provincial plans. These extended health plans cover prescription drugs, paramedical services such as chiropractic and massage, hearing aids and out of country emergency care. The provinces cover little or no medical costs outside of Canada, so Canadians have to purchase travel medical insurance if they are leaving the country. Expatriates who are not covered by provincial medical plans should obtain global health insurance as medical procedures, while not as costly as in the USA, can still be quite expensive. Expats will probably want an expat health plan that will cover medical treatment in the USA because of the close proximity of the country.

Here is a list of different types of insurance coverage you will want if you are planning to become an expatriate in Canada: