Mexico is a Spanish speaking country that contains many cultures and diverse regions. Mexico is a federal republic that borders the USA to its north and Central America on its south. With a population of over 113 million, Mexico has one of the world’s largest economy, which is closely tied with the United States. Mexico relies heavily on tourism, manufacturing, mining and petroleum for its revenues. It is a nation of stark poverty and affluence along with natural beauty and rich culture and history. Mexico enjoys a temperate and tropical climate along with beautiful beaches on both coasts.

Violent crime in Mexico remains a huge concern, especially along the northern border with America. A drug war against the huge drug cartels has been the nexus of kidnappings and mass killings, but there are still large areas that do not experience high crime rates. Expatriates and visitors to Mexico should take precautions when visiting high crime areas in Mexico, especially in the north and major urban centres such as the capital, Mexico City. 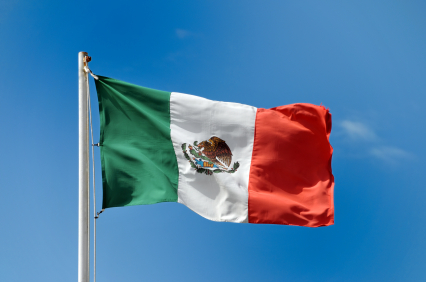 Health care in Mexico is primarily delivered by public institutions, private operations and physicians. Most affluent Mexicans obtain medical care through private hospitals under private medical insurance plans. Many Mexicans are covered by the Mexican health care program that is called Instituto Mexicano del Seguro Social (IMSS) that is funded by the Federal government and employers. Public sector employees are covered by a separate government program. While healthcare services and hospitals may be quite limited in rural settings, there are some excellent private hospitals and clinics in major tourist and urban centres that expatriates and visitors can access for a fee. The medical costs in Mexico are probably half of what you will see in the United States, especially for prescription drugs. Still, expatriates will most likely want to obtain medical care in the United States for any serious medical conditions.

Insurance for Expatriates in Mexico

In Mexico, most expatriates will want to obtain an international health insurance plan that will cover medical treatment in Mexico, but also globally including the United States. Both travellers and expats should make sure that their plan includes medical evacuation and repatriation coverage. Adequate life and disability insurance for expats is also a requirement for most employed expats, which can be sourced by Expat Financial via a group or an individual plan.

Here is a list of different types of insurance coverage you will want if you are planning to become an expatriate in Mexico: