Bordered by China, India, and Thailand, Myanmar is a country located in South East Asia. It is a country full of beautiful temples, friendly people & excellent food. The capital city is Naypyidaw, but the largest city and commercial capital is Yangon. Since opposition-boycotted elections in 2010 – the first in 20 years – a gradual liberalization process has been underway, leading to the handover to a nominally civilian government in 2011, as well as a partial thaw in ties with the outside world. The dominance of the largest ethnic group, the Burman or Bamar people, over the country’s many minorities has to fuel a series of long-running rebellions, although a gradual peace process yielded a draft ceasefire deal in 2015.

Myanmar cuisine, or known as Burmese cuisine, referring to dishes from various areas of Myanmar. It is characterized by extensive use of fish sauces. It has been influenced by Indian cuisine, Chinese cuisine, and Thai cuisine. Mohinga (rice noodle with fish soup) is the national dish of Myanmar.

In Myanmar, you will encounter many vibrant markets in every town, city, and village. You will find all kinds of fresh produce, a variety of handicrafts and fresh produce. The best things to buy in Myanmar include cultural sand paintings, rare lotus silk scarves, and marble carvings. 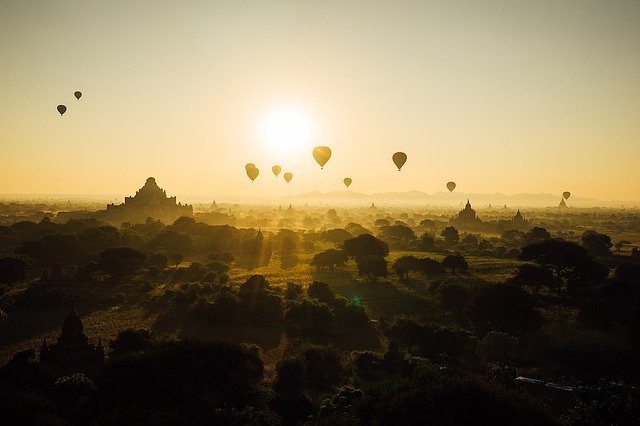 According to the Government of Canada, expats and travellers going to Myanmar should exercise a high degree of caution due to the unsettled political situation and the possibility of civil unrest. Inter-communal violence occurs. According to the news report, more than 200 people have been killed in religious violence since June 2012. Bomb explosions have occurred throughout the country, including in major cities such as Yangon and Mandalay. Violent crime against foreigners occurred, Expats and travellers should ensure that your personal belongings, passports and other travel documents are secure at all times. The Rohingya crisis has greatly tarnished the image of Myanmar.

Over the last fifty years, healthcare outcomes in Myanmar have not kept pace with those of its neighbours.  As the last country in Southeast Asia to open to foreign investment, by 2013 healthcare in Myanmar was suffering badly from over fifty years of neglect. Because of the pitiful amount of money the government has historically spent on healthcare, Myanmar continues to struggle with basic problems related to communicable diseases. Myanmar lacks any sort of substantial administrative public health capacity.

Insurance for Expatriates in Myanmar
Most expatriates will want to obtain international medical coverage if residing in Myanmar. Medical evacuation is recommended along with a plan that provided global medical treatment. A plan that will provide reimbursement for medical expenses via a large network of hospitals is recommended. Many expats should also obtain global life and disability insurance coverage. Our most popular expat health plan for Myanmar is the Cigna Global Health Options plan.

Here is a list of different types of insurance coverage you will want if you are planning to become an expatriate in Myanmar:

If you require a quote for insurance coverage for expats in Myanmar, contact Expat Financial today for a quote and to discuss your Myanmar expatriate insurance requirements.