The United States of American (USA) is the world’s superpower from a military, economic and cultural perspective. It has unmatched power and global interests along with the largest economy in the world. With a population of over 300,000 million, the USA is a melting pot of diverse cultures with large open spaces and highly urban cities such as Los Angeles, New York and Miami. America continues to benefit from an established democracy via a Federal republic along with rule of law and a civil society.

The United States is an English speaking country, but does have a large Spanish speaking population thanks to immigration from Mexico and other Latin American countries.

American’s economy is highly developed and complex. New York is America’s largest city and its financial center. Political power is concentrated in Washington DC, America’s capital city. While crime has been declining over the past 10 years, there are still areas of high crime rate and ownership of guns is commonplace. There are many expatriates in the USA, most of whom are subject to strict immigration requirements. 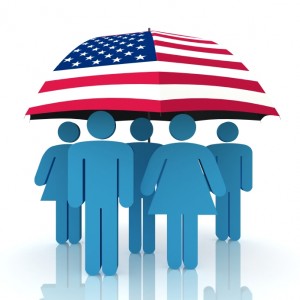 Healthcare in the United States

America has a very complex and expensive health system. It spends far more than other wealthy countries, but its health outcomes are actually quite low. Political disagreements and special interests have prevented meaningful reform over the years. President Obama passed the Patient Protection and Affordable Care Act (PPACA), commonly referred to as the Affordable Care Act (ACA) or “Obamacare”, in 2010. The ACA was the largest revision of the American health system since the passage of Medicare and Medicade in 1965. The goat of the ACA was to increase the quality and affordability of health insurance for the public and private sectors, especially by regulating what should be covered by insurance plans and mandating that all people should have coverage.

Medical costs in the USA are well known as being the most expensive in the world. Medical procedures at hospitals can easily run into the hundreds of thousands. The inflation rates for health care costs, especially in the prescription drugs, are often in the double digits year in and year out. The standard of medical care in the USA is one of the best in the world with excellent emergency and out-patient care, best in class medical devices and first rate doctors and medical staff.

Insurance for Expatriates and Local Nationals in the USA

For expatriates living in the USA and those traveling to the USA, the government doesn’t require medical coverage. Unfortunately, anyone who requires medical treatment in the USA will face a very large bill that could easily bankrupts an individual or family. This is why it is vital that visitors to the USA obtain travel medical insurance and expats obtain adequate international health insurance coverage. If you are a local national in the USA, you should get insurance coverage from a local insurance broker as Expat Financial is not able to quote.

Here is a list of different types of insurance coverage you will want if you are planning to become an expatriate in the USA:

Contact Expat Financial for information on global health insurance for expatriates in the USA from large and respected international insurance companies. Note that we are often limited by regulatory constraints depending on the coverage and state that you may be residing in. We can in many cases refer you to a US broker that we work with. Please, contact Expat Financial today for a quote and to discuss your American insurance requirements.