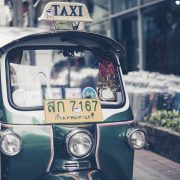 Thailand is a bustling and vibrant country at the heart of South-East Asia, and as a popular expat destination, it has much to offer. However, according to a recent article from the BBC, 478 people lost their lives on the roads in just seven days over the New Year period in 2017. Unfortunately, like many developing countries, road accidents in Thailand pose a significant risk for expats. In this article, we will briefly review the high incidence of road accidents in Thailand, road safety tips for expats and how this higher risk highlights the importance of having global medical insurance in Thailand.

According to a 2015 World Health Organization report, Thailand’s road death rate is one of the highest in the world. In fact, on January 2nd, 2017, a public van lost control and collided on a highway and 25 people were killed in the crash. Between December 29 and January 3rd, 478 people died in 3,327 accidents according to the Department of Land Transport.

It has also been reported that road accidents involving tourists and expatriates in Thailand are quite common. In fact, the World Health Organization reports that there were 36 road related traffic deaths a year per 100,000 people in 2015. The British foreign office in 2013 even launched a road safety campaign to cut the number of UK expats injured and killed while living abroad, especially in countries such as Thailand.

As reported by the Vancouver Sun newspaper, in January 2017, two Canadian women travelling in Thailand were involved in a car accident in Thailand. One died and the other suffered severe injuries and did not have any travel medical insurance. She is now faced with large medical bills. 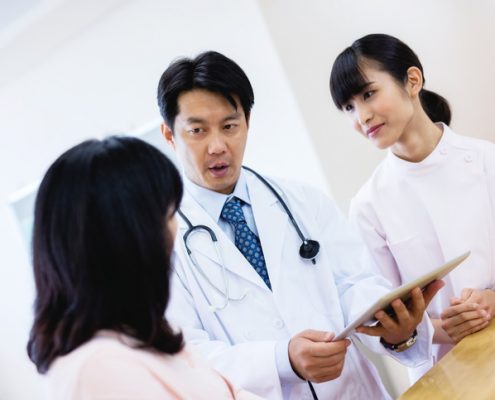 One of the main reasons for road accidents in Thailand is speeding. However, other factors such as the rise in population, congestion in urban centers and highways, and too many cars and vehicles in cities, are all causes of road deaths. Luckily, the Thai government is implementing new road and safety projects and high-rise roads to improve the traffic conditions. In Thailand, many of the deaths and injuries involve scooters and motorcycles.

How to Increase Road Safety as an Expat in Thailand

As a popular international destination, many expats choose to work and retire in Thailand. Just because there are more frequent road accidents doesn’t mean you should not enjoy life in Thailand. Here is some common sense road safety tips for expatriates in Thailand: 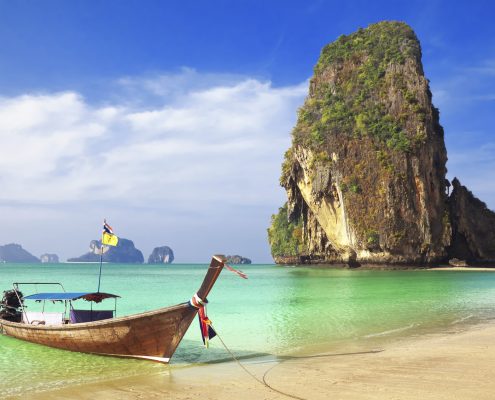 In major cities such as Bangkok in Thailand, the standard of medical facilities is generally quite good. Both public and private hospitals are available in Thailand. The public hospitals have reasonable standards of medical care and are used by the majority of Thai nationals.

However, expats will want to skip the long queues of public hospitals and use private medical facilities with English speaking medical staff. If you are traveling the roads in more rural areas, the medical care you receive in the event of a road or pedestrian accident may be substandard. According to the UK Foreign and Commonwealth Office, many private hospitals in Thailand are equivalent to western standards. Although the cost of medical treatment is reasonable in Thailand, expats should obtain international health insurance with medical emergency coverage before departure in the case of emergencies.

As one of the most visited countries in Southeast Asia, Thailand is a popular destination for expat worldwide. In 2016, a man from BC was visiting Thailand and while traveling by scooter he was run over by a large truck. Barely clinging to life with severe injuries, he barely survived. The Canadian did not have adequate medical coverage and his hospital bills quickly ran up to over $170,000 USD. This is an unfortunate reminder of the importance of international health insurance for expats living in Thailand.

Contact Us
Covering the Chronic Medical Conditions of Expat Employees