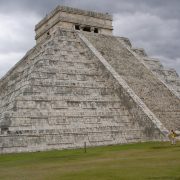 Many expats choose to travel to Mexico for vacations. According to some reports, there are approximately one million Americans that live in Mexico. Some of them are working, while others are retiring in Mexico to enjoy their retirement years. Nowadays, Mexico has become a new popular choice for expat retirees. Choosing to retire abroad is a daunting and exciting decision, and there are many reasons why Mexico is an excellent choice.

Mexico is a Spanish speaking country that contains many cultures and diverse regions. Mexico relies heavily on tourism, manufacturing and mining for its revenues. The reason why many retirees choose to move to Mexico is because of its wonderful weather, lower overall cost of living, culture and more relaxed lifestyle. Some of the most popular destinations for expat retirees are: Lake Chapala, Puerto Vallarta, San Miguel de Allende & Cancun. They all have beautiful architecture, affordable costs of living, warm weather, and a community that can provide all manner of support to expat retirees.

Many medical facilities in Mexico are quite good, which is another important point of consideration for expat retirees before a move. Most of the doctors and dentists in Mexico received training in the U.S. Every medium and large city in Mexico has at least one high-end private hospital. The medical costs in Mexico are generally half or less what you might need to pay in the U.S. The same goes for prescription drugs. However, expats will most likely want to obtain medical care in the U.S. for any serious medical conditions.

According to many reports, housing in Mexico is generally affordable to most of the expat retirees. The cost of monthly rent for a 900 Sq foot furnished accommodation in an expensive area is about $1,110 USD. This amount will reduce to $643 if living in a more basic area depending on the region.

For properties available to buy, the price can be purchased for as little as $130,000 USD. depending on size and budget.

Cost of living in Mexico is almost 51% lower than in Canada and U.S., according to reports. Local groceries are relatively cheap to purchase, and the quality can be outstanding. A three-course meal for two people in a mid-range restaurant will cost around $21 USD. With the Mexican peso having fallen against the US dollars in the last couple of years, it is even cheaper. 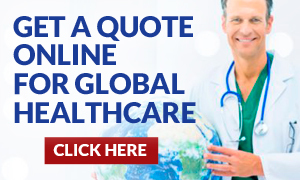 Contact Us
How to avoid infectious diseases while living abroad

What is your plan for medical emergencies while residing overseas?
Scroll to top