Being a country that has witnessed decades of war, Afghanistan remains embroiled in a Taliban-led insurgency against the government that has affected the entire country. Terrorist attacks and violent clashes are common here, making the country a high-risk expat destination. Safety and security are matters of primary concern for foreign nationals contemplating moving to Afghanistan or those already living here. Despite glaring loopholes in security, expats still come to Afghanistan and appreciate its rugged pastoral beauty, multiculturalism and the tenacity of the Afghan people.

Expats living in Afghanistan are mostly employed in the field of private security, in the armed forces, NGO or in the diplomatic sector. As Afghanistan is one of the most unsafe countries in the world to be in, expats face a high risk of personal safety here. Governments of several countries advise their citizens to avoid traveling to war-torn Afghanistan. Kidnappings and targeted attacks are rampant in the country. Government offices, foreign embassies, shops and restaurants, hotels, religious and military buildings, have all been targeted in the past and are always on the radar of more such strikes.

Decades of conflict between the erstwhile Soviet Union and the United States have left the infrastructure of the country in ruins, including the education system and basic access to healthcare. With very few international schools in the country, there are hardly any opportunities for education even for local kids, let alone children of expats. It is advised that those contemplating relocating to this country do so without their families and children.

Overview of healthcare in Afghanistan

Afghanistan still lacks basic healthcare and medical coverage for its citizens, especially in areas that are hit by violence and terror. The quality of medical services delivered in the local clinics remains, invariably, poor. Due to the poor quality of care, even locals avoid going there. Improving healthcare and medical facilities and making them accessible for the last man in the queue are priorities for many NGOs working in the country. For expats working in Afghanistan, certain clinics and facilities do offer decent medical care but often lag behind in terms of treating critical illnesses. It is, therefore, absolutely crucial for expats to obtain global health coverage that includes emergency medical evacuation coverage to the nearest quality medical facility. It is also important to ensure that international medical coverage includes passive war and terrorism. 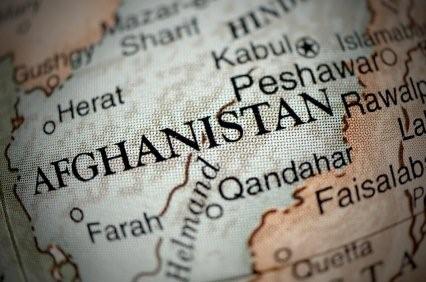 The risk of terrorism and war looms large upon the country. Afghanistan faces many challenges in vis-à-vis healthcare. In such a scenario, it becomes difficult for expatriates living in or for those heading to Afghanistan to access standard healthcare services. In most medical insurances and life insurance programs, conditions of war are excluded, rendering the entire program useless for any expatriate living in this country. The many challenges expatriates working in Afghanistan face include underdeveloped medical infrastructure, conflict-related health risks, security risks, complex supply chain issues, complicated local licensing and import procedures, and health risks amid an epidemic, among others.

How the Afghan Healthcare System Works for Expats?

Irrespective of whether you are an expat deployed full-time in Kabul or are traveling to the country for merely a week, you will need international health insurance. Healthcare in Afghanistan is well below acceptable international standards that most expats would expect or be used to. Sanitation too is often not a priority. Since only a few basic medical facilities are available in Kabul, any critical medical condition would require an emergency air evacuation out of the country. Expats must ensure that their medical insurance provides coverage for the same.

Most expats fly out to the UAE for medical treatment, which makes it critical for the authorities in Afghanistan to have an internationally recognized medical aid plan in place. However, in case of an emergency, military hospitals can always be relied upon. A majority of expats reside in the capital, which also houses the most private hospitals.

Pharmacies and Emergency Services in Afghanistan

In general, pharmacies and emergency services in Afghanistan are undeveloped. Medical centers lack basic sanitation, diagnostic and treatment equipment, and, at times, even the most common medicines. Individual-run private clinics often operate without government licenses. In case of emergency situations, there are certain hospitals that can be contacted:

Located in a commercial section of Kabul at Charrahi Sar Sabzi, the hospital offers multi-specialty diagnostic services and surgery. The facility has ambulances for patient transport.

Located near the Kabul International Airport ISAF compound, this hospital is staffed with French and other NATO military medical personnel. The hospital offers trauma care, emergency services, and intensive care. No ambulance service is offered beyond the compound.

This private hospital is situated in Macrorayan 4, opposite the Central Heating Center. Facilities like general surgery, ambulance services, maternity care, and pharmacy are offered at the hospital.

It is always advisable to seek the best private international health insurance plan in Afghanistan that covers all your medical costs, even under conditions of war and terrorism. Global insurance companies like Expat Financial can help you with an extensive range of plans. Very few insurers will insure individual foreigners in Afghanistan, but Allianz can cover most expats in the country and allow you to access at the best hospitals in Afghanistan and beyond.